Tropical cyclone Nanmado has made landfall in Japan in the Kagoshima Prefecture on Sunday, 18 September 2022 as a strong Typhoon with sustained wind speeds of around 167km/h and a central pressure of around 930hPa. Typhoon-force winds and heavy rainfall have been causing significant damage across parts of western Japan. The system is expected to transition above mainland Japan in the coming days and cause further damage through heavy rainfall as well as strong winds.

Nanmado will most likely cause insured losses totalling several billion USD, but exact figures have not yet been released by modelling agencies. In any case, we would expect this event to be significant for Japanese insurance carriers and for losses to be high enough to attach at least some higher risk reinsurance programs.

As the event is still ongoing, it is not yet possible to reliably estimate the impact that this storm might have on ILS positions, but readers are reminded that Japanese windstorm risk is not a key geographical concentration for funds managed by Twelve Capital with total exposures typically being in the low single digit percentage area. Also, most Japanese Cat Bonds are quite loss remote and a triggering would require a major natural catastrophe. Attention also will need to be paid to aggregate structures and potential attachment erosion until the end of the season.

Twelve Capital will issue a further update to this event in the case of any indication that this might cause an actual loss to the portfolios. 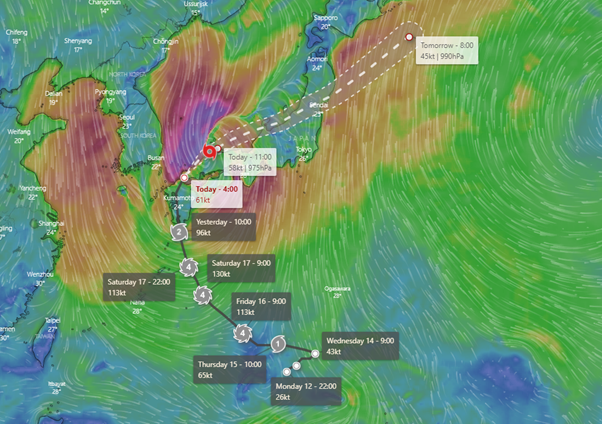 In the Atlantic, Hurricane Fiona, currently a category 1 hurricane, is making its way through the Caribbean. It has already impacted some of the islands on its path and will likely continue to cause further damage in Puerto Rico and some of the surrounding areas.

However, given its forecasted path, we do not expect any significant concern for ILS portfolios, as projections do not show a realistic probability of US landfall. Instead, the system is likely to move out across the Atlantic which would thus not cause any significant insured losses. 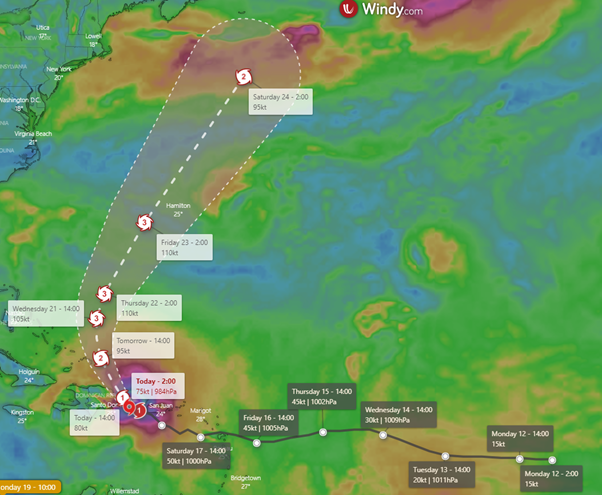